Courtney has been actively involved in the drilling industry for over 15 years, having begun his career as an offsider in 2003. Courtney started with VM Drilling in 2006 as a Trainee Driller and worked his way up to the position of Drill Supervisor/HSE Coordinator before departing VM to take up a management position working in West Africa. Courtney has since returned to VM Drilling in the role of General Manager and oversees the day to day running of the business.

Dave joined the VM Drilling team in October 2016 as the Operations Manager. He has worked with various companies in many positions, most recently as a Drilling Supervisor and Projects Coordinator for a large drilling contractor. He also has previous experience as a Site Manager and as a Senior Driller working on various drill rigs throughout Australia, Africa and Saudi Arabia. Dave’s experience in the drilling industry ranges over Aircore, Reverse Circulation, Blast Hole Drilling and Diamond Drilling. Dave brings his particular skill set on board to ensure the smooth running of VM Drilling across multiple operations as well as drill scheduling and personnel rostering.

Anthony, better known as “Macca”, joined the VM Drilling crew in August 2011. Macca is responsible for the operations and running of our fully equipped workshop in consultation with the General and Operations Managers. Macca has a qualified team of maintenance personnel working with him. Macca coordinates the jobs of all personnel under his control in regards to servicing and continual maintenance of our fleet of rigs, support trucks and light vehicles.

David has in-house control of all VM Drilling finances and brings a broad knowledge of accounting with him. He has worked internationally for five years, including with KPMG in Singapore for two years before returning to Ernst and Young as a senior auditor before settling in Kalgoorlie. He has a firm knowledge of the drilling industry and a good understanding of what is required in our ever-changing environment. 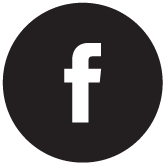 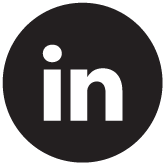 What our Clients are saying...

I have used VM Drilling since 2004 and have found them to be professional, supportive with flexible rig scheduling, have an ability to deliver on target metres and be cost effective. They deliver this with a sound approach to safety. Their ROC L8 rigs provide the in pit mobility and versatility required to drill the trickiest of holes. I highly recommend using VM Drilling for any grade control programme.